The busiest builders in Miami

With a recent decline in material costs and a plethora of projects on their dockets, the firms atop TRD’s ranking of construction companies say they’re bullish on the next two years, but see trouble coming in 2021. See full article

Growing financial-technology company FlexShopper has a new home in 22,000-square-feet of office space in the Park at Broken Sound.
Easton & Associates helped relocate the company into its new space. See full article

SPECIAL REPORT Office Guide – The South Florida office market is something of a nonconformist. The real estate industry generally has been focused on urban cores offering a live-work-play lifestyle – think downtown Miami, Fort Lauderdale and West Palm Beach and Miami’s Brickell and Wynwood neighborhoods. But the office market increasingly has been checking out the suburbs. See full article

The suburban Miami-Dade County office market is running steady and expectations are for continued smooth sailing during 2019. Elliot LaBreche, vice president with the Easton Group, looks broadly across all of the suburban markets and sounds happy with what he sees. It has been a steady year. See full article

South Florida’s multifamily growth is headed for a slowdown this year but new investment opportunities are also opening up. Edward W. Easton, founder and chairman of The Easton Group, and three other well-known South Florida experts give their predictions on how 2019 will be shaping up. See full article

11 Predictions For South Florida CRE In 2019

Industrial Won’t Be Quite As Insane

Easton Group Founder Edward W. Easton: In 2018, I predicted industrial rents would go up 3-5%, but they exceeded my expectations, rising on average around 11%. Going into to 2019, I think we will see more modest gains. There will still be very strong demand for small-bay warehouses 50K SF or less. In fact, the demand should outweigh the current supply. On the contrary, I think there is too much supply of the big-box warehouse space, but the absorption rate is happening faster than I had predicted last year. Still, I don’t think landlords will be able to get as much rent as they hoped for in the near term until the absorption rate picks up, which I think is possible due to the demand for last-mile delivery.

How hot can industrial get? 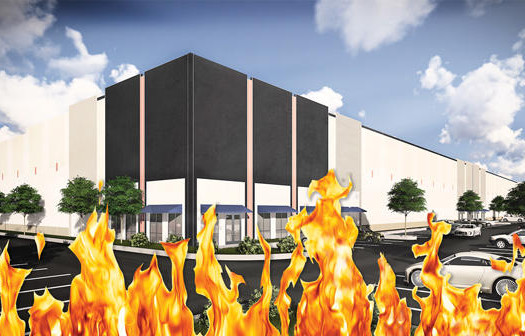 Industrial properties may not be the sexiest parcels in commercial real estate, but they’re certainly making buyers salivate these days. Increasingly, investors are willing to go to greater and greater lengths to land these properties, outbidding others even when it means accepting lower returns, commercial brokers said.

As land availability continues to shrink and rents continue to rise, brokers are working with a new kind of normal, where bidding wars are not uncommon for industrial space and owners are generally getting the high rents they’re asking. Vacancy remains low in the sector at 3.6 percent across South Florida, according to a 2018 first-quarter report from CBRE.

And developers can’t seem to build industrial inventory fast enough. Spec development is rampant in a market that has rarely before seen large spaces get preleased, with clothing distributors, auto and aircraft parts suppliers and e-commerce giants like Amazon creating a virtual frenzy.

“The amount of speculative development in South Florida is by far the most [it has ever been],” said Audley Bosch of JLL, who said that despite this, he believes supply is on pace with demand.

“I don’t think anybody is thinking that this latest construction surge is going to throw the balances of supply and demand off the tracks,” said Tom O’Loughlin of CBRE. “Historically, both Broward and Miami-Dade have not been a prelease market. Now we’re seeing a lot of preleasing.”

At least four 100,000-square-foot deals were signed during the first three months of 2018, according to JLL.

Developers completed 660,000 square feet of new industrial space in Miami-Dade in the first quarter, according to a report from Transwestern. About 57 percent of that new space is preleased, the report found.

In Broward, about 40 to 45 percent of the roughly 1.8 million square feet under construction is preleased, O’Loughlin said.

Much of the new inventory underway is designed with specific needs in mind. O’Loughlin and others say that tenants are increasingly looking for newer features that include more efficient uses of space.

At Beacon Logistics Park, a 72-acre industrial development planned in Hialeah, developer Codina Partners will build Class A distribution warehouses featuring 32-foot clear heights, 54-by-50-foot column spaces and building depths of up to 210 feet — details that maximize storage capacity for tenants, a spokesperson said. While construction on the 1.3 million square feet of space is set to begin in the fall, space has not been preleased yet.

Once at the bargaining table however, the developer could ask for — and get — top dollar, brokers claim. Asking rents in the first quarter averaged $9.14 per square foot, a 3.6 percent year-over-year increase, according to CBRE.

“A lot of these landlords are holding out for higher rents and getting it,” O’Loughlin said. Soaring land costs are contributing to rising rents, he added. When land runs out, development is expected to go vertical, pushing costs and rents higher and higher.

Rents are also still rising due to mounting construction labor and materials costs. “The deal terms have to be adjusted accordingly to what today’s labor costs are and construction materials,” Bosch of JLL said.

Ed Easton, chairman of the Easton Group, agreed that the demand is there for new industrial development, but he’s cautious due to the dwindling land supply. “We have assignments to find space that we can’t find,” he said.

His company plans to deliver more than 400,000 square feet of spec industrial space this year. “I don’t think you’ll see nearly as much built in 2019 as you’ve seen in 2017 and 2018,” he said, citing the rising construction costs and land scarcity.

Brian Smith of JLL said South Florida’s “frothy and hyperactive” industrial market has been developing over the last five years. “I’m not sure this is a ‘hot market.’ I think it’s a new normal,” he said.

“If you compare Miami to Seattle, northern New Jersey and maybe Oakland, we’re still a minimum of 30 percent cheaper than any of those,” he added.

Industrial real estate is increasingly the favorite investment choice of pension fund advisers and private equity firms like Prologis, which “all have huge pockets of money to buy in South Florida,” according to Steve Wasserman of Colliers International South Florida.

Countyline Corporate Park, a multiphase 8 million-square-foot industrial park being developed by Flagler Global Logistics, has attracted multiple buyers, sources said. Flagler assembled the 95-acre site in Hialeah in 2005 for a combined $38.3 million. The first phase of Countyline is expected to trade for nearly $200 million.

Institutional players are betting big on the last mile of delivery, paying top dollar for older warehouses near major highways, airports and ports in order to knock them down and build big new warehouses, Wasserman said.

Investors are also competing with national apartment developers that have run out of land.

Lincoln Property Company, a multifamily developer based in Dallas, paid $27.4 million for the Miami International Logistics Center, a nearly 60-year-old industrial property, in June 2017. Lincoln paid more than double the previous 2013 sale price for the warehouses, which will likely be demolished and replaced with apartments.

South Florida has seen the growth of nearly all kinds of industrial users. In June, the Mandich family’s investment group launched its own brokerage with former Cornerstone International Realty broker George Smith, focusing on cold storage, a growing segment of the market due to South Florida’s abundance of agricultural products and proximity to major ports and airports as well as Latin America.

“There’s always a certain point where [the market] could slow up,” said Walter Byrd of Transwestern. “We just don’t see it over the next couple of years.”

The deal closed Tuesday, attorneys Danielle Gonzalez and Rick Giusto of Greenberg Traurig told The Real Deal. Included in the sale was more than 675,000 square feet of industrial space spread throughout seven buildings, together totaling about 54 acres of land. Six of the buildings are in Miami-Dade County and one is in Broward County.

An Easton spokesperson disclosed the price to The Real Deal, which breaks down to $145 per square foot.

The Easton Group will remain the properties’ manager and a minority owner with a 10 percent interest under the new joint-venture, according to the Easton spokesperson. Under the new agreement, Easton’s five loans — issued from three different lenders — will be assumed by the joint-venture.

Easton Group’s in-house brokerage Easton & Associates represented the firm for this deal, and Invesco was also self-represented. Attorneys Gonzalez and Giusto worked on behalf of Invesco.

“I’m very proud of my son Eddie who handled this transaction from the very beginning and created a win-win situation for all parties,” Edward W. Easton, founder and chairman of the Easton Group, said in a statement.

Here’s a list of the properties and their square footages:

Giusto said both firms are long-term clients of Greenberg Traurig.

“We made the introduction a few years ago,” he told TRD, “because we thought it’d be a good match.”